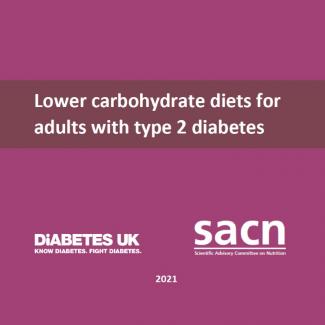 The Scientific Advisory Committee on Nutrition (SACN) have released a report on lower carbohydrate diets for adults with type 2 diabetes.  This report was co-chaired and co-badged with Diabetes UK.

SACN’s responses to the public consultation on the draft report