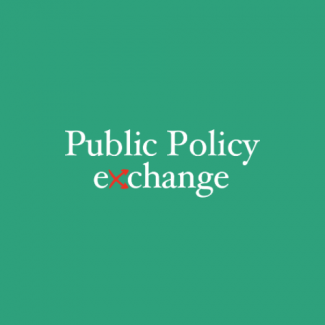 Public Policy Exchange will be hosting a webinar on Ending Child Food Poverty: Developing a Long-Term Strategy to Tackle Food Insecurity and Ensure Equal Access to Support which will take place on Tuesday, June 7th 2022 between 9:30am and 1:00pm.

Since the beginning of the pandemic, the UK has seen a sharp increase in levels of child food poverty. 15% of households with children reported food insecurity between January and July 2021, a total of 2.5 million children living in food poverty. However, according to #EndChildFoodPoverty, of the estimated 4.3 million children experiencing broader poverty in the UK, around 1 million are not eligible for free school meals. Food poverty has significant and wide-ranging effects on child wellbeing, research showing a clear link between food insecurity and mental, physical and academic development, as well as a child’s overall life chances. As the impending cost of living crisis threatens to push 400,000 people into poverty, it is imperative that children are protected from the detrimental effects of food poverty.

In March 2020, as a part of the Government’s Covid-19 response, the Department for Education launched a voucher scheme to help give the 1.4 million children in England eligible for free school meals (FSM) continued access whilst not attending school. Following Marcus Rashford’s high profile campaign, in June 2020, the Government pledged to continue this support over the summer holidays. In July 2020, Part 1 of the National Food Strategy was published, followed a year later by Part 2, recommending three key policy changes supporting children from low income households to eat well. In response to Part 1 of the Strategy, the Government extended the Holiday Activities and Food Programme to all areas in England for all those who get FSM for the remainder of 2021. In addition, the Government also increased the value of Healthy Start vouchers from £3.10 per week to £4.25, alongside action taken by UK supermarkets to supplement the value of these vouchers.

Whilst progress has been made, many have warned that child food poverty remains a serious issue in need of sustained action and investment, particularly in light of the looming cost of living crisis. #EndChildFoodPoverty have called on the government to fully implement the recommendations contained in the National Food Strategy, raising awareness of the failure to extend FSM to all under-16s where a parent or guardian is in receipt of Universal Credit or an equivalent benefit. The Child Poverty Action Group have similarly criticised the current system of eligibility for FSM, warning that the use of means testing in any form will lead to children missing out on the benefits of a free school meal and therefore calling for their universal provision across schools. There are also operational concerns, as a large coalition of charities, led by Sustain and the Food Foundation, have recently called on the government to fix issues with the digitisation of Healthy Start, which could see over 300,000 families missing out on support.

This symposium will therefore provide a timely opportunity for policymakers, local authorities, child and family support services, charity professionals and other stakeholders to identify strategies to improve access and outcomes for food-insecure children and tackle the root causes of child food poverty.

More information and to register