Ending Child Food Poverty: Developing a Long-Term Strategy that Leaves No Child Behind 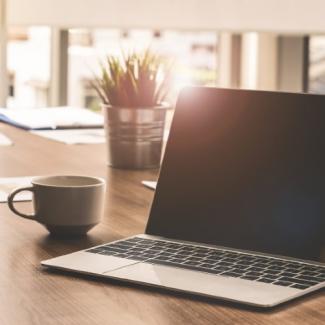 In 2017, UNICEF estimated that 10% of British children under 15 live in households affected by severe food insecurity - the second worst affected country in Europe. According to the Food Foundation, food insecurity more than doubled over the course of the first lockdown, and the Trussell Trust reported a 107% rise in emergency food parcels given to children in April 2020 compared to the previous year. Childhood food insecurity is linked to adverse physical health outcomes including malnutrition and obesity, mental health issues such as depression and aggressive behaviour, and poor school attendance and attainment. Food insecurity has both been exacerbated by the economic fallout of the pandemic, and compounded the ill-effects of lockdown on children from deprived households.

At the end of March 2020, the government rolled out a Free School Meal (FSM) voucher scheme to provide a lockdown substitute for students entitled to free lunches during termtime. Following a high-profile campaign led by footballer Marcus Rashford, the government extended FSM vouchers to cover the summer holidays under the Holiday Activities and Food Programme. Part One of the National Food Strategy was published in July 2020. Rashford established the End Child Food Poverty Task Force, a coalition of civil society actors calling on Government to implement three key recommendations from the National Food Strategy. Two have been delivered: holiday provision of FSM has been extended throughout 2021; and the value of Healthy Start vouchers were increased to £4.25. The third remains outstanding: the permanent expansion of FSM and Healthy Start to all children from households where a parent receives Universal Credit.

The government has been criticised for the uneven rollout of FSM provision during the pandemic, and more generally for its stringent eligibility criteria. Many children who need support don’t receive it. According to the Food Foundation, in January 2021 just 72% of households with children registered for FSM were receiving some form of substitute. Furthermore, research from the Child Poverty Action Group shows that 2 in 5 school-aged children living in poverty are not considered eligible for FSM. According to a recent report by the Food Standards Agency, most food insecure households are unaware of charity or community schemes, and many who are don’t access them due to stigma and a desire to ‘leave those services for people that need them most’.

The government has also been accused of a reactive and ‘stop-gap’ approach to child food poverty. Key policy changes during the pandemic were extracted under pressure through public campaigning, and are short-term solutions which fail to address the root causes of food insecurity. Many families rely on non-governmental aid such as food banks for support. Civil society actors have called for a ‘Right to Food’ in UK law, making government and service providers legally accountable for taking action to reduce food poverty, and a Minister of Hunger to co-ordinate a comprehensive, long-term response to the issue.

This symposium will therefore provide a timely opportunity for policymakers, local authorities, child and family support services, charity professionals and other stakeholders to identify strategies to improve access and outcomes for food-insecure children and tackle the root causes of child food poverty.